The Woman in Black

by Stephen Mallatratt based on the book by Susan Hill

A gripping and spine-chilling ghost story set in a small Victorian theatre. Arthur Kipps, a middle-aged solicitor, hires a theatre and the services of a professional actor to help him re-enact - and thereby hopefully exorcise - a ghostly event which befell him many years previously with horrifying tragic results. From the cluttered stage, Kipps begins to read his story: painfully, self-consciously and hesitantly at first, but, coached by the actor and aided by theatrical artifice, he grows in confidence and ability as he assumes a variety of roles and the play moves from narration to enactment. 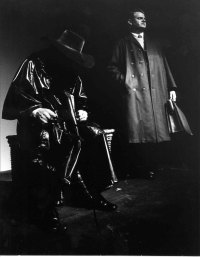 The actor portrays a young Kipps, sent north by his London firm to settle the estate of an elderly recluse, the late Mrs Drablow, in whose isolated marshland house Kipps encounters the Woman in Black. This spectre, seeking vengeance for the death of her young child, attaches herself to Kipps and unleashes a macabre sequence of events which culminate in a truly chilly twist in the play's final moments. 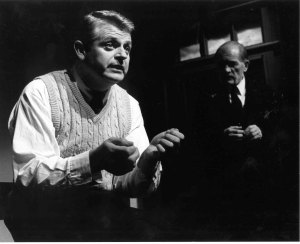