Two theatre critics called Moon and Birdboot are attending the first night performance of a ridiculous murder mystery in the style of an Agatha Christie 'whodunit', set in the isolated country manor of Lord and Lady Muldoon where murder and mayhem ensue.

Inadvertently, Moon and Birdboot become involved in the action causing a series of events that parallel the play they are watching.

Stoppard's theatre is first and foremost, a stage, on which his plays aim primarily to entertain us. In Hound as it is affectionately known in theatre circles, Stoppard's surreal and absurdist view of the world is brilliantly portrayed by ludicrous stereotypes in purely farcical terms.

Introducing a wealth of new talent to the Genesian Theatre stage, including Nick Baker, Joseph Mifsud, Tim Hanna, Fran Bowick, Rachel Coleman, Jane Thorpe, Michael Sterbal and Greg Walsh, in which the verbal and visual wit of Stoppard combine to ensure a sparkling evening of entertainment, making this play "a must" for 2008. 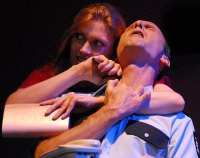 Please note, that a twenty minute short thriller titled Lost Souls, written by Gordon Smith, directed by Barry Nielsen precedes this play, followed by a twenty minute interval. At 3 am in a deserted cemetery , a security guard is surprised by a beautiful woman... Featuring Naomi Englebrett and Paul Treacy, Lost Souls asks do you believe in ghosts? Do you believe in love?

The Real Inspector Hound runs for approximately one hour. 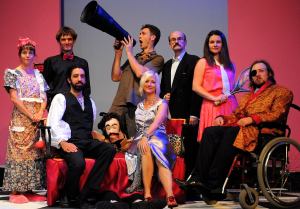