Ring Round the Moon 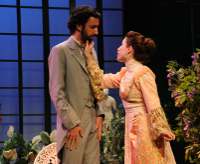 The first English production was presented at the Globe Theatre, London, in 1950 and featured several luminaries of the English stage of that time including Paul Scofield, Claire Bloom and Margaret Rutherford. The play was directed by Peter Brook and designed by Oliver Messel.

The play has been critiqued as a "soufflé with razor blades" and this is certainly an apt description - on the surface, it is a fast moving witty fairy story, but beneath there are deeper undertones of the social issues and conflicts.

We have set the play in Edwardian time, just prior to World War I. It is interesting that the scene I have chosen to end Act I was not in the original adaptation, but has been reinstated in this version of the script. I feel it adds to the complexity of the story.

With a beautiful set and costumes by Peter Henson, an enthusiastic production team and a great cast, we hope you'll enjoy a fine evening of entertainment with something to think about as well. 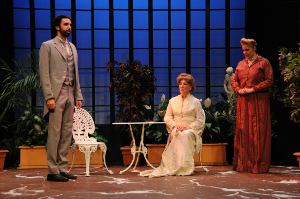