The play runs for a little over two hours, including interval. 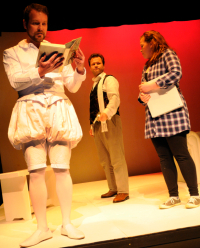 Opening with a literal depiction of Roland Barthes Death of the Author, Dead White Males positions itself with a bang! as David Williamson's entry into the debate on literary theory which came to a head in the mid 1990's.

Dead White Males brings us into the life of Angela, a young woman trying to find her place in the world. Her studies at uni open up new intellectual horizons, and the possibility of new relationships. Will Shakespeare or Sartre, Dickens or Derrida, finally claim her heart?

This delicious satire of literary theory goes beyond the university walls, bringing us a touching study into three generations of an Australian family, all depicted by Williamson with his usual wisdom and wit. 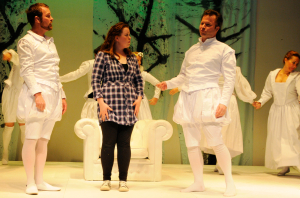 The Genesian Theatre would like to suggest Parental Guidance for this production. It contains brief coarse language and mild themes.

"This Williamson piece sees the playwright fired up and committed, and this comes across strongly in Massey's production." - David Kary, Sydney Arts Guide 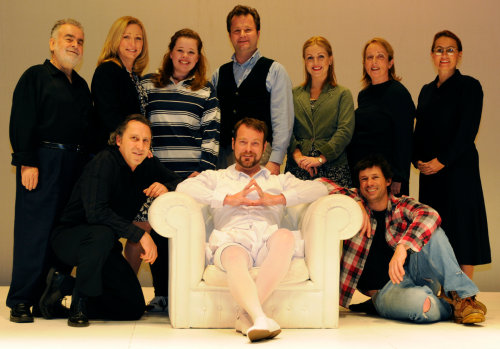 By arrangement with the Cameron Creswell Agency