Written in 1892 by an actor for an actor this British farce broke all box-office records!

Jack and Charley, have fallen in love with Kitty and Amy. Charley's Aunt from Brazil, who he has never met, is due to arrive at Oxford shortly. The boys decide this is a prime opportunity to host a luncheon party as Donna Lucia will be able to act as the girls chaperone. 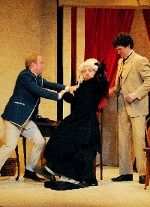 However, when Donna Lucia is detained, their plans go a bit awry, and with the assistance of their friend Lord Fancourt Babberly, they embark on a subterfuge as confused as it is hilarious.

Don't miss this perfect summer comedy, still as fresh and uproarious as the day it was written!!

On Saturday 19th January 2013 the Genesian Theatre will donate 50% of all Box Office takings to Bear Cottage, Westmead Children's Hospital. We encourage you to come along to help us support this worthwhile cause. 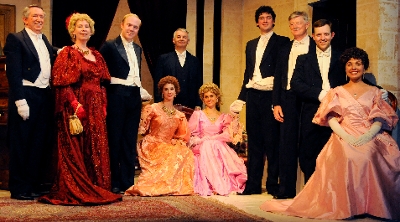