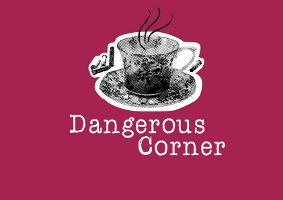 The performance runs for 2 hrs 10 mins, with an interval of 20 mins.

"I think telling the truth is about as healthy as skidding around a corner at sixty."

a wonderful night at the Theater - Lisa Thatcher

an admirable production - Dinner and a Show

very visually appealing - Jodi McAlister, Theatre From The Back Seat

At their stylish country retreat, Freda and Robert Caplan host a dinner party for their colleagues and friends, all executives at a transatlantic publishing company. Young, beautiful, and successful, they have the world at their feet. Then a cigarette box and an ill-considered remark spark off a relentless series of revelations and other, more dangerous secrets are painfully exposed. As the truth spills out about the suicide of Robert's clever, reckless brother, and the group's perfect lives begin to crumble, the cost of professional and social success becomes frighteningly plain.

Part whodunit, part thriller this famous 'time-play' will have you on the edge of your seat!

On Saturday 13th July 2013 the Genesian Theatre will donate 50% of all Box Office takings to the Becket Fund for Religious Liberty. We encourage you to come along to help us support this worthwhile cause.

By arrangement with ORIGIN Theatrical on behalf of SAMUEL FRENCH LTD