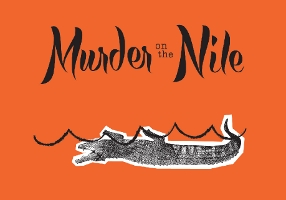 Murder on the Nile

The performance runs for 2 hours 15 mins, including an interval of 20 mins.

Tickets are selling fast! If you can't find any tickets for a performance via the web interface, that performance has sold out.

'One likes to know who are going to be one's fellow travellers. On a boat like this one can't get away from people.'

a perfectly pleasant evening - Dinner and a Show

well worth a night out - Philippa Bird, What's on Sydney

On board a steamer, cruising under the scorching Egyptian sun, honeymooners Simon Mostyn and his wealthy socialite wife Kay find themselves being pursued by an old flame of the newly wedded groom. Tragedy strikes and a body is discovered, all fingers point to Simon's ex fiancée.

However, everything is not what it seems and holidaying cleric Canon Pennyfather is drawn into a web of intrigue and deceit as he finds himself on the trail of a ruthless murderer.

On Saturday 31st August 2013 the Genesian Theatre will donate 50% of all Box Office takings to the Black Dog Institute. We encourage you to come along to help us support this worthwhile cause. 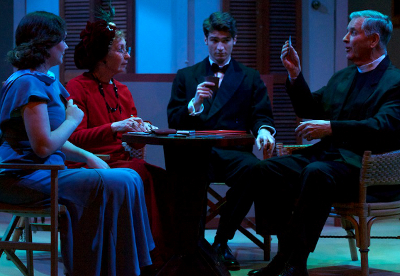 By arrangement with ORIGIN Theatrical on behalf of SAMUEL FRENCH LTD