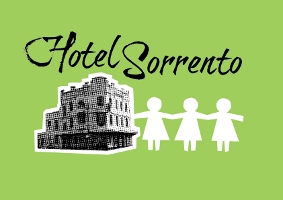 
"The problem with loyalty is that you can keep on and on, living a lie. And you don't even know you're doing it."

An inventive set and super performances from all the cast made this a real pleasure to watch - Joy Minter, The Buzz from Sydney

It's interesting from start to finish - Jodi McAlister, Theatre From the Back Seat

The play and its messages shine through - Carol Wimmer, Stage Whispers

Go and see it - Philippa Bird, What's On Sydney

A lot of great ideas circulating - Dinner and a Show 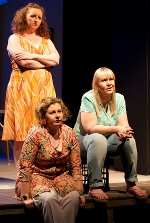 Hilary Moynihan has lived in Sorrento, a small Victorian seaside town, all her life. Her two sisters have been gone for years leaving Hilary to care for her aging father and 16 year old son. The three sisters are reunited when Pip returns from New York and Meg from England, with her English husband, after Meg's semi-autobiographical novel is short-listed for the Booker prize. 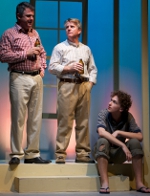 Hannie Rayson was inspired to write this play after Peter Carey won his first Booker Prize for Oscar and Lucinda. It is a very realistic portrayal of family relationships as well as addressing many issues and themes such as masculinity and Australian identity.

On Saturday 25th January 2014 the Genesian Theatre will donate 50% of all Box Office takings to Cottage by the Sea, a charity supporting disadvantaged children. We encourage you to come along to help us support this worthwhile cause. 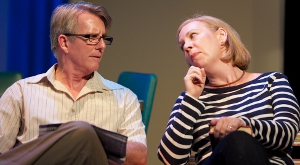 By arrangement with HLA Management