Much Ado About Nothing

Love is a battlefield!

The sailors are home from war and ready for a bit of R&R. The girls are happy to see them. Well, almost all the girls. There is still that war of wits between Beatrice and Benedick.

From the moment he lays eyes on Hero and her large inheritance, Claudio knows he's going to marry her. His friend Benedick, though, isn't a fan of the whole "marriage" concept, swearing he'll remain a bachelor forever. And as Claudio sizes up Hero, and Benedick and Beatrice lock horns, other characters pair up and the real battle begins - that of women to have the same rights as men. 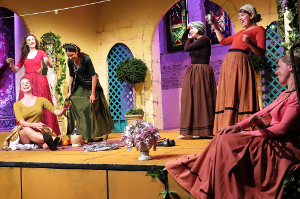 A beloved comedy. But it isn't a nice story. It's a world where men are able to defend their honour by fighting in a battle or a duel. But for a woman, there is no way back.

It's Shakespeare's Much Ado About Nothing and it is full of the stuff of dark comedy. Behind all the wordplay, misconception, and pranks; Shakespeare exposes the dark, ugly truth about gender roles and inequality. Could a play be more relevant? 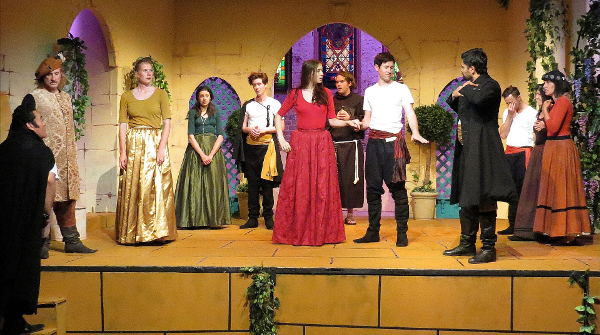