This production is now completely sold out!

We are pleased to announce that we will donate $1000 each to Drought Angels and Rural Aid from ticket sales and audience donations at our September 2nd matinee performance of The Unexpected Guest.

Please note that this production involves the brief use of herbal cigarettes. No tobacco smoke is produced during the course of the performance.

"So why did you shoot your husband?"
"I can give you some excellent reasons. He drank. He was cruel. I've hated him for years." 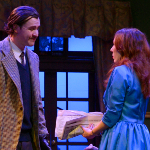 A private crime becomes a public affair when Michael Starkwedder, a stranded motorist, stumbles across the body of Richard Warwick shot dead in his wheelchair, and his wife Laura standing in the shadows, clutching a revolver. Shaken, she confesses to the murder, but the more Michael hears of her boorish husband, the less inclined he is to believe that she is a cold blooded killer. 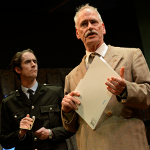 Taking a leap of faith, Michael risks implicating himself in the crime to help Laura conceal her involvement - an ingenious plan pins the crime on an untraceable enemy from the past, but now Michael and Laura must convince the rest of the household and the local police. Throw an excitable teenage boy, a suspicious valet, a nosey housekeeper and an ageing mother into the mix and the murder of Richard Warwick begs another question - who didn't have motive to kill him?

An exciting murder mystery with as many twists and turns as a Welsh country road on a foggy night, The Unexpected Guest is guaranteed to leave the audience on the edge of their seats from beginning to end. 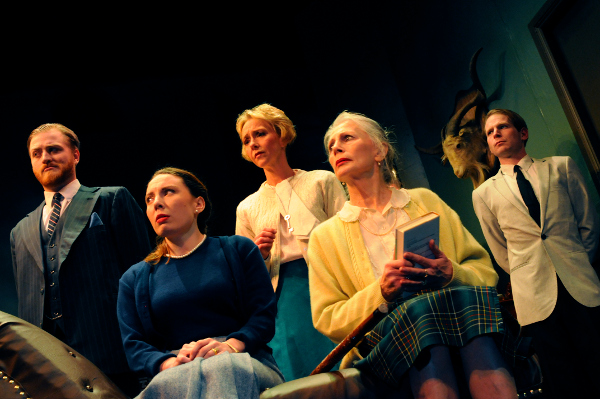 By arrangement with ORiGiNTM Theatrical on behalf of Samuel French Ltd