Check which seats are available and choose from the seat map here:


The Ladykillers began life as an Ealing comedy film written by William Rose and directed by Alexander Mackendrick in 1955, and was adapted for the stage in 2011 by Graham Linehan, well known for Father Ted, Black Books, and The IT Crowd.

When the kind hearted Mrs Wilberforce rents a room to the charming Professor Marcus she is overjoyed to hear music filling her house. The Professor says it's a perfect room to rehearse with his string quintet! Surely it's a coincidence a security van route passes nearby? When large bundles of money turn up the ruse is rumbled and the gang exposed! What will happen to the sweet old widow when she confronts these dastardly crooks?

We are thrilled to be producing the Sydney premiere of this hilarious adaptation of the much loved Ealing film! 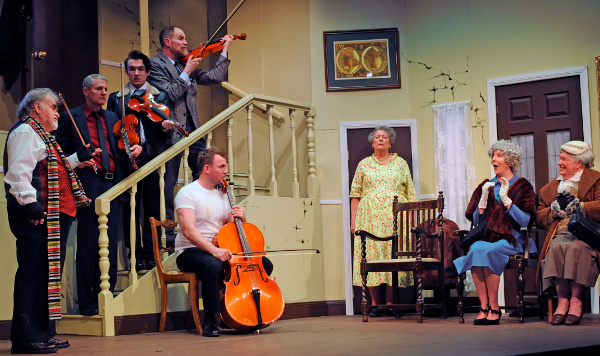