The Unexpected Guest by Agatha Christie, was first presented in London in 1958. It was, she said, with the exception of Witness for the Prosecution, the best play she had written.

One dark foggy night on a remote part of the Welsh coast, Michael Starkwedder, an engineer, home from the Persian Gulf, stumbles into a house, after running his car into a ditch and finds a dead man. Who is the murderer? Someone who resides in the house or an outsider seeking revenge?

Joyce Birch, well known Genesian Theatre identity, who was most recently seen as the tyrannical Mrs Boynton in Appointment with Death, returns to direct her 14th production with the theatre. Her previous directing credits include The Prime of Miss Jean Brodie in 1982, Gigi in 1986, and more recently Angels in Love in 1999. 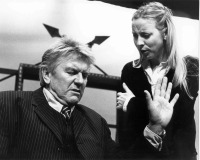 She has gathered together a group of talented actors who bring to life anouther enduring Christie play with its usual famous surprise ending. 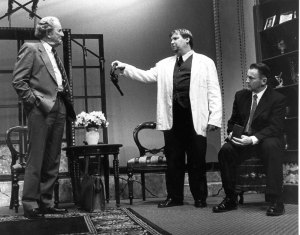