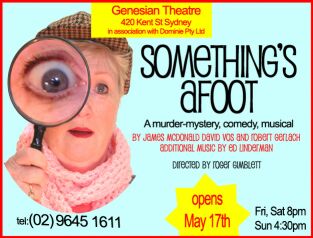 Six mismatched guests trapped in an English Country House by an ominous storm.....a series of bizarre murders....and the only hope is the masterly amateur detection skill of the redoubtable Miss Tweed who must solve the mystery before she becomes the next victim!!! 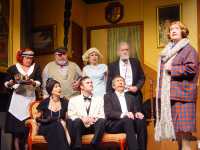 A classic Agatha Christie inspired plot together with some tremendous characters and some quite surprising twists will ensure a night of intrigue and laughs.

'Somethings Afoot' has been seen both on Broadway and in the West End where it's mixture of comedy drama and music saw it become a particular favourite of those who like a good murder-mystery musical!! Set in the 1930s with a toe-tapping and melodic score the show really does have 'something for everyone' and is the perfect pre-winter tonic.

Patrons are requested not to give away the plot!!!

'Somethings Afoot' opens on Saturday May 17 and runs until June 28th playing Friday and Saturdays at 8pm with a matinee on Sundays at 4.30. 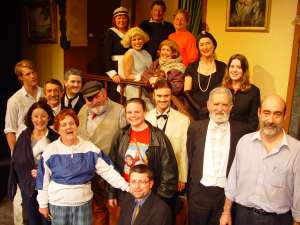