Amelia; men want her, women want to be her. Nick and Lewis want her dead. What does it take to get over an ex? For Nick and Lewis, two men who were married to, divorced from and ruined by the same woman, it's going to take a hit man.

Set in New York this modern day farce tells the story of an atypical odd couple, Nick and Lewis, who have nothing in common except their ex-wife, Amelia. When Amelia announces she will be returning to New York to bestow on the two men a generous amount of money as part of a personal tax break Nick and Lewis plot their revenge. However with an unscrupulous lawyer with a scheme of his own and every woman wanting to be the next Amelia the question becomes - who will be shot first? 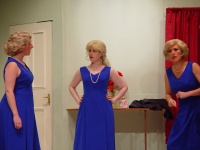 'Written by Australia's Barry Creyton, best known for TV's The Mavis Brampton Show and Blankety Blank's Valentine's Day, this is going to be a lethally funny night at the theatre.' 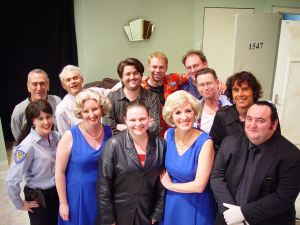