by Susan Cooper and Hume Cronyn

A gentle study of an ageing woman for whom it is no longer practical to live alone. 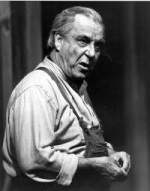 Foxfire is a magazine in which the young people of Appalachia have recorded the beliefs and personalities of their grandparent's generation. It takes its name from a lichen which glows in the dark.

Foxfire tells the story of Annie Nations, an elderly woman who has lived a long, simple life on her mountain farm. Annie's tranquility is threatened by a real estate developer who wants to buy her land. She is also concerned for the happiness of her son Dillard and his family. 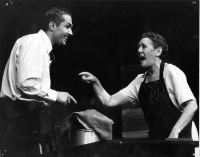 Annie's battle to decide her future takes her through a series of funny, touching and magical flashbacks. The past echoes through the present, leading to her final decision.

This charming play was co-written by Susan Cooper, author of the award winning series The Dark is Rising and actor Hume Cronyn whose wife Jessica Tandy won a Tony Award for her portrayal of Annie in the Broadway production. 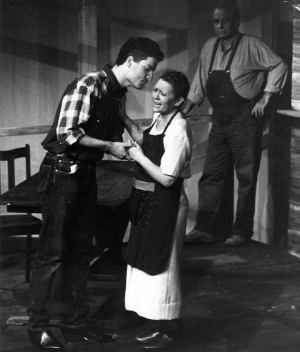