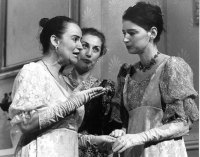 Set in the village of Highbury in 1814, this is the story of Emma Woodhouse, who "had lived nearly twenty-one years in the world with very little to distress or vex her." The "real evils indeed of Emma's situation were the power of having rather too much her own way, and a disposition to think a little too well of herself".

It is Emma's voyage of self-discovery which we follow in this adaptation of the novel. After disastrous attempts at matchmaking and completely misunderstanding the intentions and designs of the inhabitants of Highbury, she begins to understand the mischief she has caused and the workings of her own heart. 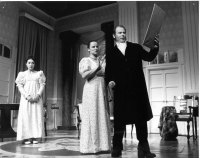 The play introduces us to the delightful characters created by Miss Austen: the kindly valetudinarian, Mr Woodhouse; talkative Miss Bates; charming Frank Churchill; pretty, silly Harriet Smith; elegant and talented Jane Fairfax; the pretentious Eltons; and, of course, one of Austen's favourite heroes, Mr Knightley. See them all in beautiful costumes of the Regency period which have been designed by Peter Henson, especially for this production. 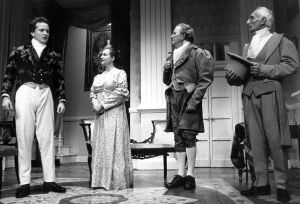